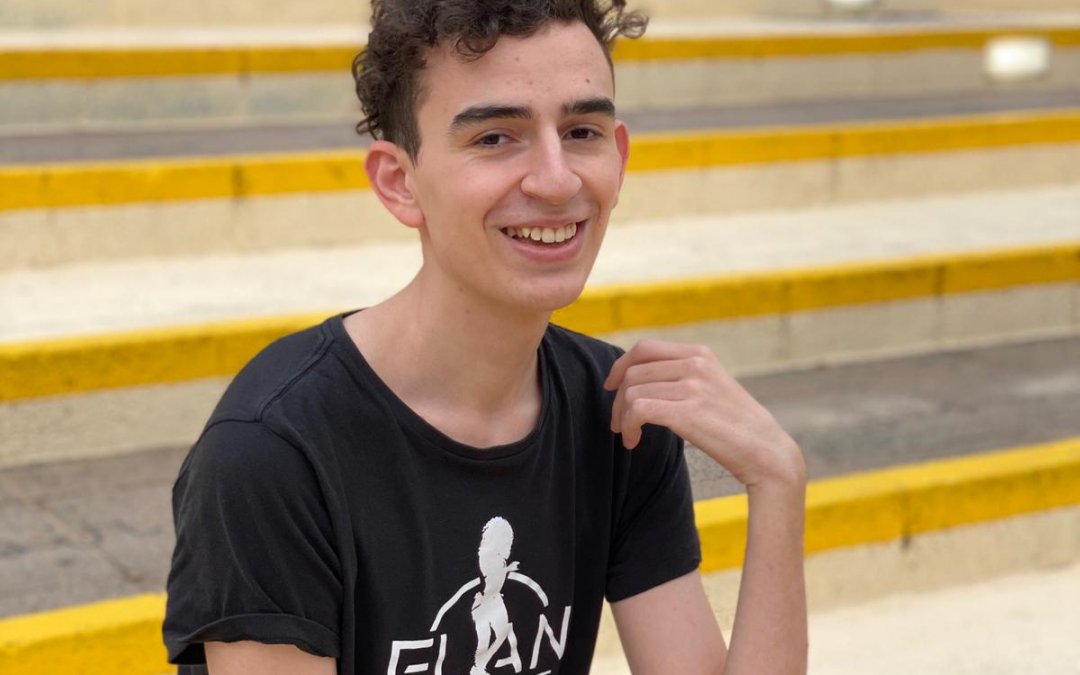 This freestylin’ quiet achiever is our dancer of the month for August!

Aiden’s love for dancing began at a young age through a video game series known as Dance Central (little did he know he would be burning up the dance floor all these years later!).

Aiden discovered Elan in 2019 but was initally too nervous to come alone so he brought a friend along with him. Soon after class Aiden realised his inital nerves were unecessary because he discovered he would never be alone when at Elan. Aiden said “I always felt included and not at all judged by anyone else”.

Feeling confident and empowered, Aiden decided that Elan was the place for him – the place where he could truly be himself. Aiden loves the encouragement and support that our Elan staff give him to assist him with his dance journey. “for me my highlight has been getting the validation from the teachers saying how much I’ve improved and that I do well. It makes me feel like I’m in the right place.”

Aiden shared that “As someone who often feels like the one who is excluded or left out, I have NEVER felt excluded at an Elan class”. Aiden’s advice for newbies is “despite being a welcoming environment, if you are feeling particlarly anxious bring a friend to class with you”.

Now almost a year later and we have had the pleasure of watching Aiden grow into the dancer he is today. We have watched and supported him as his confidence sky-rocketted and his dance skills improved immensively. Aiden has truly floursihed in class and we are so proud to see how far he has come.

So what are you waiting for Perth!? Come and try Australia’s most inclusive and grooviest hip hop dance class for adults, toddlers, tweens and teens. There’s something to suit everyone.